In light of  the lack of posts on this blog, I'd like to inform you all of my new blog. While the content of this blog requires a lot of maintenance, mainly because it consists of book reviews and interviews, Apprentice of Words is a more informal, personal blog.

I will post blogs about interesting things I have been thinking about and reading into, updates on University life and hopefully some original creative pieces written by either myself or various other writers. If you'd like to take a look at this new blog, which promises a minimum of 1 post a week, usually on a Friday morning, please follow this link.

Thank you all so much for your time and please continue to support the marvelous writers you discover on this site! 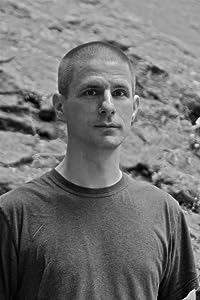 First of all, I would like to thank Zoe for the opportunity to speak a little bit about freelance editing. Thanks!

I never planned on going into editing or freelance editing in particular. When I was asked by the owners of Creeping Hemlock Press to help proofread one of their titles in 2008 (Children of the New Disorder by Tim Lebbon & Lindy Moore) I was more than happy to jump into the editing realm with both feet. Lebbon has long been one of my favorite authors, so it was pretty much a dream job. In 2010, I helped with another Creeping Hemlock title (Campus Tramp by Lawrence Block, yes, that Lawrence Block).

What I thought would be a couple of fun gigs opened my eyes to something I now truly love—helping authors make the most of their stories. What does that mean? Well, I tell my clients that I don't just edit to correct proper grammar and spelling. Basically, if there is a way to improve a sentence I make note of it. I start at the sentence level and work my way up to the paragraph and chapter levels. Beyond the basics of a good proofreading, some of the things I look for that can greatly improve a manuscript include:

RE: What is Wattpad – and should you use it?

Two years ago I wrote this post and basically encouraged anyone and everyone to try Wattpad. I talked about how it was a great tool and there were some fantastic unpublished works floating around on the site that were worth reading.


But now I’m back with a small health warning.

Naturally, a free site like Wattpad tempts teenagers – or more accurately: teenage girls – to sign up and post work. For the year that I was a member of the site I came across a lot of beautifully written stories, and a lot more not-so-beautifully written pieces. I uploaded some of my own work and received amazing, positive feedback and constructive criticism.

However, I witnessed the mechanics of the site change.

What every writer needs to remember

Any writer with internet access, or a library card, knows that there is a wealth of advice out there. Hundreds of people, experts or not, have something to say on the topic of writing. It’s easy to become obsessed with ‘doing it right’.

Writing the first draft can go one of two ways: you either spend very little time worrying about quality and focus on finishing, or you fixate on the million and one things you should apparently be doing in order to be a ‘great writer’. Some of us are fortunate enough to have found a way to do things that works for them.
But I want to strip it all back to basics. Because, in the end, the real judges are our readers. They are the ones that decide whether you are worthy of 5-stars. So shouldn’t we be focussing on giving them what they want?
Continue reading ↓
No comments:

Email ThisBlogThis!Share to TwitterShare to FacebookShare to Pinterest
Labels: advice, readers, remember, think like a reader, what readers want, writing

Hello, readers of Zoe’s Corner.  My name is Richard Ellis Preston, Jr. and I have written a steampunk adventure novel called Romulus Buckle and the City of the Founders which released from 47North on July 2nd, 2013.  City of the Founders is the first installment in the post-apocalyptic Chronicles of the Pneumatic Zeppelin book series, to be followed by book 2: Romulus Buckle and the Engines of War on November 19th, 2013.  The Romulus Buckle series is set over 300 years in the future and follows a war zeppelin captain and his crew as they mount expeditions across the icebound surface of the earth in an area once known as Southern California.  A race of zebra-striped alien beings (known as ‘Martians’ though they came from some unknown place much further away than that) have invaded and nearly annihilated Earth, and have left behind a handful of rebel descendants and a menagerie of alien monsters known collectively as ‘beasties.’ The aliens also suppressed all electrical power and cast the world into a new ice age, so humans now rely on steam power and fantastic steam-driven machines, and have modeled their new civilization on their fragmentary memories on the old Victorian age (there are reasons for this, to be explained as the series progresses).

I’d like to take a moment and thank Zoe for having me here to guest on her blog and also running a signed book giveaway (just make a comment on this post, or the giveaway/extract post to enter) as part of the book promotion.  I appeared here before to do an author interview (link here) on February 12th and Zoe has always been enthusiastic, kind and professional.  I have had a great experience with her and the other online book bloggers I have met and they should be proud of their contribution (and hard work) to make the internet such an informative and vibrant place for new novels, authors, and book discussions to thrive and find an audience.  I’d like to thank everyone in the UK as well, for Romulus Buckle has held the #1 spot in the Amazon UK Kindle Store science-fiction/steampunk category for nearly a week now.

So, back to the story of Romulus Buckle—I wanted to write the tale of the crew of a ship at war, an epic,

Extract and Giveaway: Romulus Buckle and the City of the Founders (CLOSED)

The Pneumatic Zeppelin descended into the heart of the sprawling valley once known as the San Fernando. Low, brown foothills loomed to the south and east, their rough backs striped with rivers of snow and ice. Buckle sniffed. Despite hundreds of years, the place still stank of ash. He did not like this—going to ground when a cunning enemy like the Founders might be on the move. There was no easier target than an earthbound zeppelin. It was little more than a bounce, yes—Buckle would have his feet in the snow for only a minute or two—and the likelihood of the reclusive Founders being anywhere near the Boneyard was almost nonexistent, but a little needle of anxiety stabbed him nonetheless.

Pluteus and his grunts had better be on time, on target, and ready for evacuation.

Buckle clamped his teeth. Once Pluteus and his soldiers were aboard, they would be on their way to the City of the Founders, the most powerful clan’s fortified citadel, considered impenetrable to attack, on a desperate expedition to save their leader, Admiral Balthazar Crankshaft, from the clutches of the Founders, who had abducted him.

It was also of no small matter that Balthazar was Buckle’s father by adoption, and really the only father Buckle had ever known.

Don't be afraid to be brutally honest

Before I go any further I’d just like to clarify that this post doesn’t encourage negative behaviour of any sort. It is about being honest with yourself and embracing change. There will be complete transparency on my part in the hope that you can learn from my mistakes.

The story starts in 2010: I was fourteen and had just decided that the rest of my life would be dedicated to writing. It was around this time that I had begun to explore the internet, discovering things that I hadn’t known existed before. Blogging was one of those things.

Naturally, I set up a blog. It had no structure, no set schedule, no definite future. In basic terms, I had jumped into it with little consideration. At around the same time I started on Twitter and for some reason I had a fairly large following. One or two were writers and that, ladies and gentlemen, sparked my next idea.
I began to consider interviewing writers. I contacted the few that had followed me, they agreed. I posted the interviews. Then I realised that if I was going to do this, I was going to do it properly.
Continue reading ↓
8 comments:

I was about seven years old when my Dad first took me to see Morlais Castle. He showed me a huge hole in the ground, which he said had been the well, but now I think it was more likely used for waste products! He told me about the time that he’d climbed down there to rescue his brother’s shoe, but slipped when halfway down and fell to the bottom. He couldn’t climb back up and was later rescued by a local farmer. He showed me the moat, and he showed me the only structure still standing and said it was the dungeon. I think that he called it that to make it sound more exciting to a young boy, or maybe because I wouldn’t know what a crypt was.

There really wasn’t much to see, but I remember a feeling of wonder on standing in a place where there had once been an ancient castle. At the time my family lived less than a mile away and over the next three or four years, I spent many happy days exploring the area. Surrounding more than half the site, was what I thought was a natural cliff-face, making attack impossible from these sides. It seemed like such a great place to build a castle. My romantic illusion was shattered, when I later learned that the cliff had been carved out of the side of the mountain. This happened many years after the castle had been destroyed, when the area was quarried for its limestone.

The history books show that Morlais Castle was built by Gilbert De Clare. De Clare also built the magnificent Caerphilly Castle, which is still largely intact, some twenty miles to the south. Click if you want to know more about Morlais Castle.
Continue reading ↓
No comments:

Check out these blogs:

As there is a risk that GFC will be scrapped, if you wish to subscribe to this blog you can do so via email or RSS. The options are further down in this column.
Updates will be twice a week, so you won't be spammed. Plus, with the email subscription, the confirmation email is personalised by me, so none of that generic stuff.^_^
(If you have already joined via GFC I would advise that you subscribe via email or RSS too.)